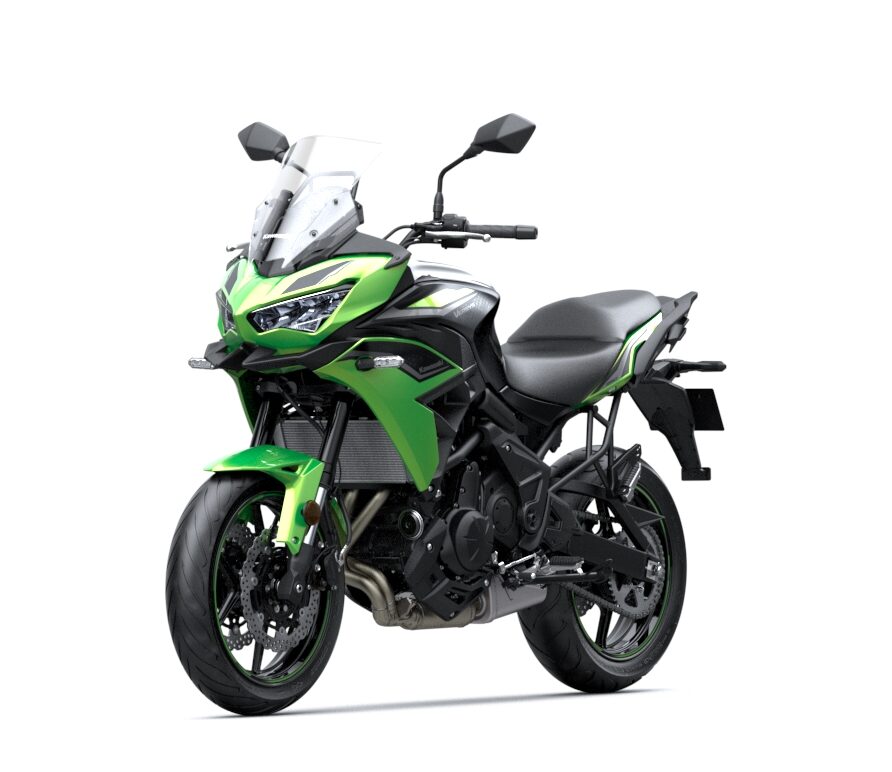 The 2022 Kawasaki Versys 650 launches with several refresh points. The decision to issue the Versys 650 after two variants of the Versys 1000 and Versys 250 was first launched. The duration is 2 months after it was first introduced at EICMA last November 2021. KMI introduced this adventure 650 variant with several new features. Check out this Versys 650 update point, BlackPals. 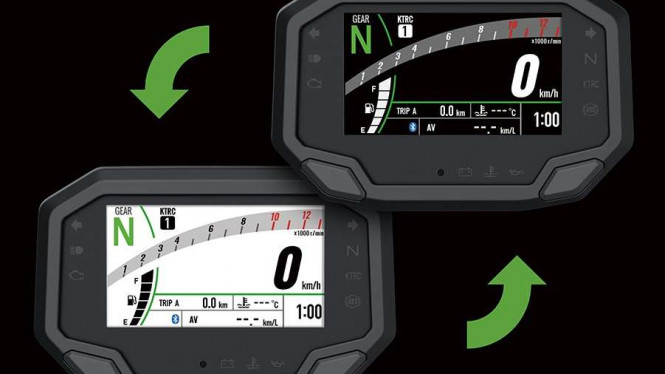 This TFT screen has a display similar to the latest 2021 ZX10R. It is quite luxurious because it is full color. The engine’s rotating range is limited to 13000 rpm. All indicators are presented digitally, including engine temperature, time, average riding, Bluetooth indicator, fuel indicator, transmission position, and KTRC indicator, as well as ABS. The display is easy to read and relies on rider functionality when traveling, and Kawasaki is quite detailed in upgrading the upgrade.

We knew this feature when the ZX25R was launched last April 2021. Its function is more helpful when riding in various weather conditions and terrain. When riders are confident across rocky and sandy terrain, they can turn off the KTRC feature. However, during heavy rains and storms, it is possible to keep riding, you can use this KTRC feature.
The rider remains safe because the wheel rotation will be aligned with the engine speed through the ECU control. 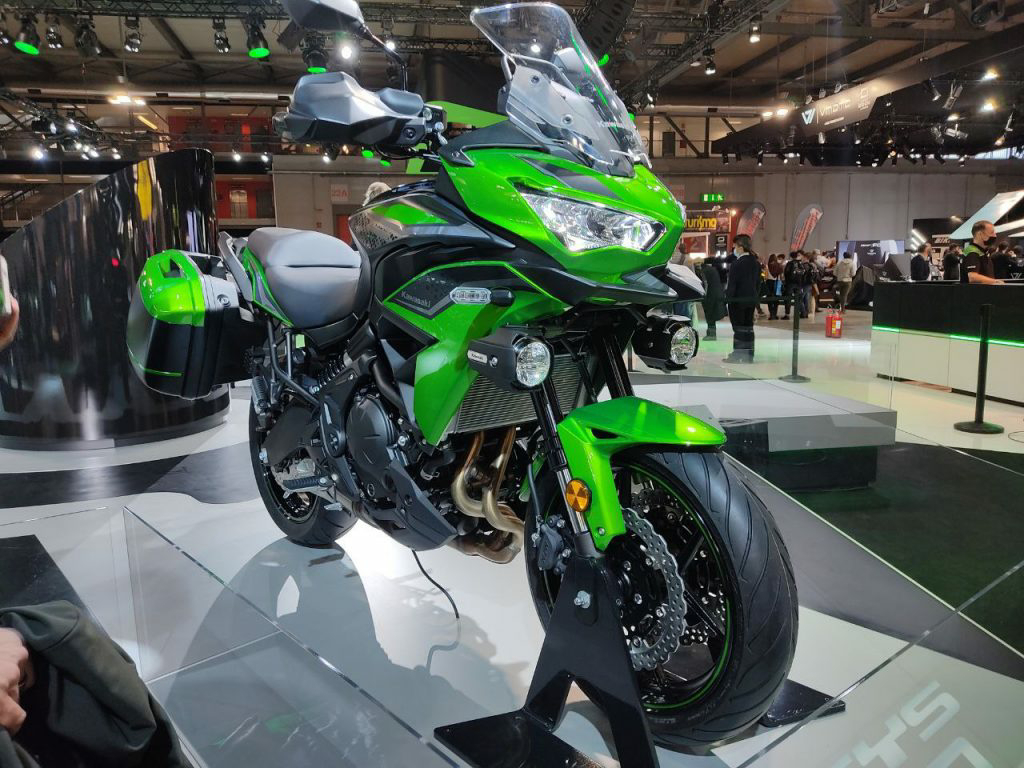 If you say it’s new, the Front Cowl of the Versys 650 refers a lot to the style of the ZX25R or Versys 1000. However, as a dual-purpose motorcycle, the front cowl is mated to a minimalist front fender in the style of a Dakkar motorbike. In motorsport, the front fenders are replaced with other aerodynamic functions such as winglets. Unfortunately, the point of changing the body is not accompanied by other serious updates.

Other updates, such as the use of LED lights, maybe more appropriate. Because so far, adventure motorbikes are almost always equipped with firing lights, for lighting on the road. Wide LED Headlamp with sharp lighting style flowing from the front of the motorcycle to the rear. 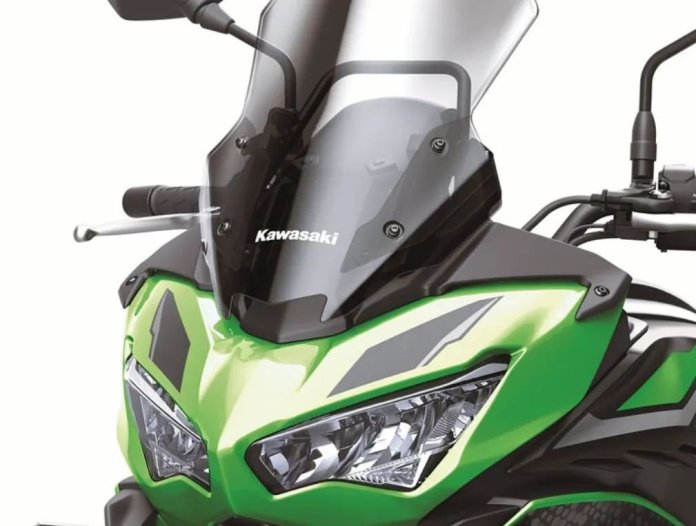 An updated design on the upper fairing and bodywork around it maximizes the New Versys 650’s appearance, and the sharp aft cover reinforces the bike’s compact and sporty image.

Complementing the redesigned upper fairing is a new windshield, offering increased wind protection and increased rider comfort. The four positions can be easily adjusted by hand using the release button below the TFT display. This button is easy to reach with the right hand. 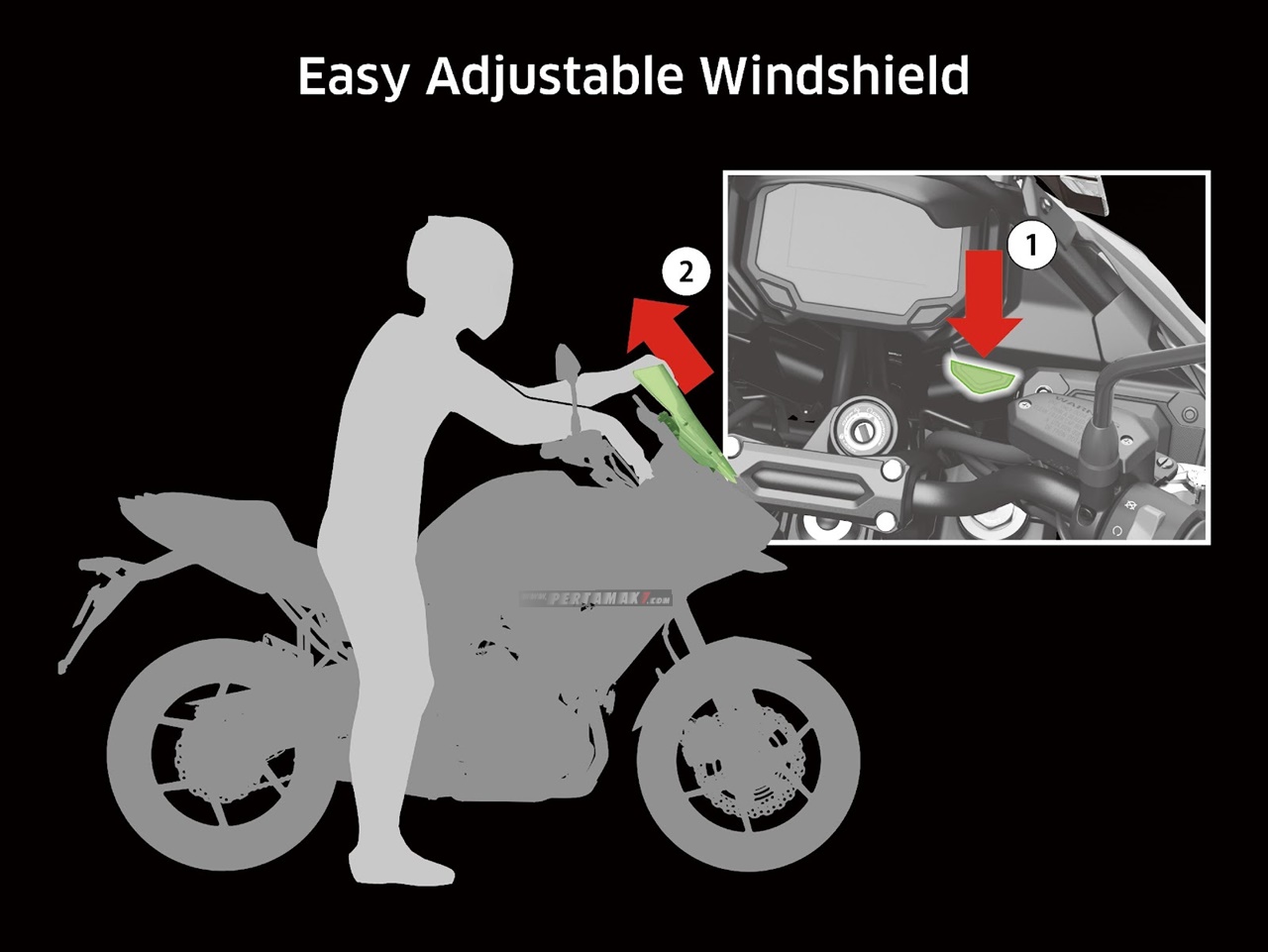 Some areas with long tracks will usually be accompanied by strong winds. So the role of the windshield to support wind pressure to the rider is quite important, and you can use settings to make handling easier.

While the chassis and suspension system still retains the old version. The front suspension has Up Side Down with a diameter of 41mm, equipped with an adjustable rebound system. The rear suspension, single shock, is supported by a sturdy banana swing arm with a single disc. The front braking system with the double disk, on wheels 6 front and rear bars. 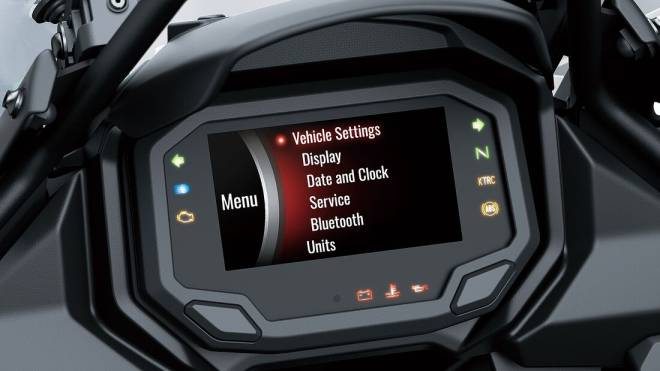 Kawasaki Versys still uses the old engine, with dual-piston (Parallel Twin) 4 stroke, DOHC with 8 valves. The engine has a capacity of 649 ccs, producing power with 66 hp at a rotating range of 8500 rpm and a maximum torque of 61 Nm at 7000 pm. The power, torque, and publication are the same as the Versys 650 which was launched in 2016. The Kawasaki engine is designed with a compression ratio of 10.8:1 to facilitate the consumption of low-octane fuel. 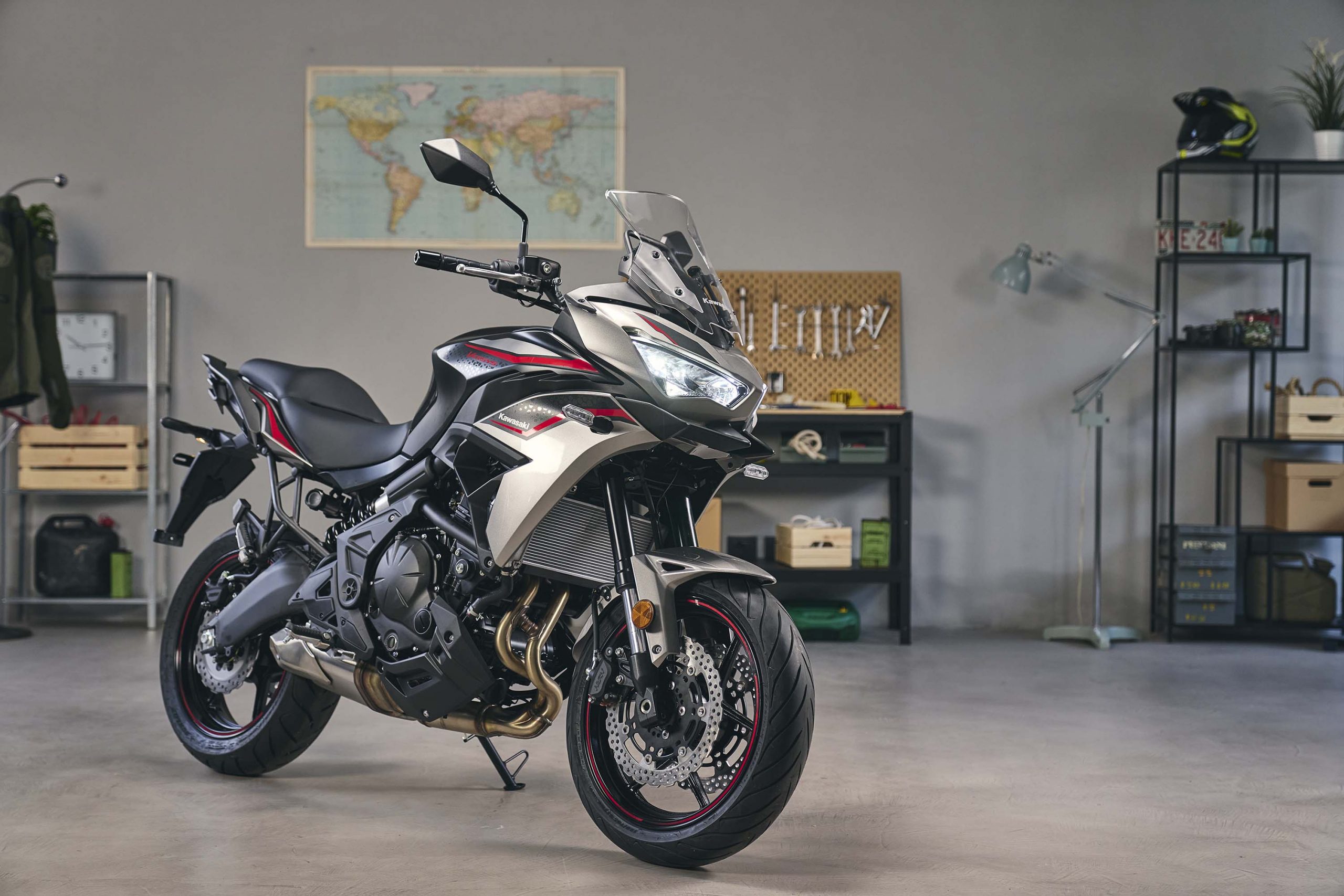 The New Kawasaki Versys 650 is ready to go on any road, any time for your next adventure with its 41mm long-travel front suspension, proven reliability, and outstanding fuel efficiency.
After establishing its position as a favorite of riders, the New Versys 650 continues to be the main choice as the main vehicle for users who like to ride with maximum performance and a high level of flexibility.

“Inspired by the Versys 1000, the updated design of the upper cowl and surrounding bodywork gives the Versys 650 a more emotional and stylish design. Of course, Kawasaki Lovers will be pampered with maximum comfort in every trip,” said Michael C. Tanadhi, Head of Sales & Promotion of KMI.