Gresini has returned to ‘Independent Team’ status after seven years as a factory Aprilia team and will field young Italian duo Enea Bastianini and Fabio Di Giannantonio in the premier class. Now, Gresini is becoming the first team to hold a launch for 2022, revealing a pair of motorcycles in a color that combines Gresini’s character color with Ducati’s red.

Bastianini has moved on from Esponsorama Racing, which is no longer in the premier class, while Di Giannantonio will start his rookie MotoGP season after finishing seventh in Moto2 last season with Gresini. Both will ride the Desmosedici GP21 model, the bike that Francesco Bagnaia rode as runner-up in the title race last season, but will have the full support of Ducati. 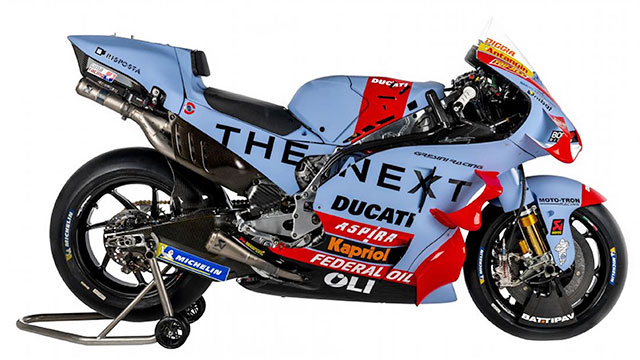 “Now Gresini is part of the Ducati family, so we will help them during the season and for many years they have stayed with us, from a technical as well as a human aspect,” said Ducati Corse GM Gigi Dall’Igna. “For sure, Gresini will have the full support of Ducati. Gresini is very important to us. Enea must continue to develop in MotoGP. He did very well in his rookie season. He was able to achieve several podiums. 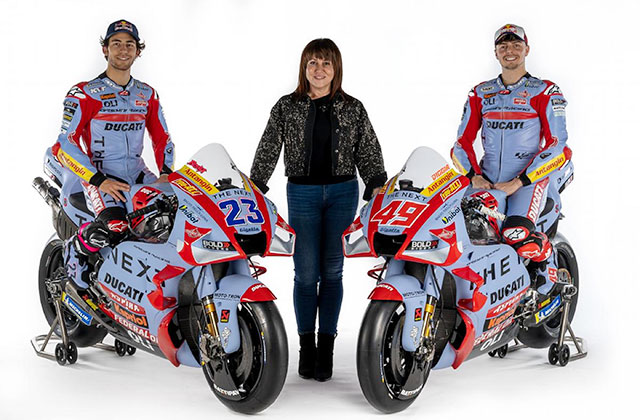 “I hope he continues on this path and grows with his talent. I think he can be the protagonist. For ‘Digia’, it’s his first season in MotoGP, so I think he should do something like Enea in his first season, which is no pressure.” Bastianini will continue to wear number 23 while Di Giannantonio opted for number 49, considering the number 21 he has used. already taken in MotoGP by Franco Morbidelli (Yamaha).

The name that first bagged two podiums last season, both at Misano, despite riding a Ducati was two years old at the time. The four teams that will run Ducati in 2022 are the factory Ducati team, Pramac Racing, the VR46 Racing team, and Gresini.