A new patent from Kawasaki has confirmed that its maiden hybrid motorcycle project is nearing the production stage based on the company’s latest patent. Kawasaki announced its plans to have more than ten electric or hybrid motorcycles by 2025. Seeing the developments taking place in the project, the Japanese manufacturer is sure to reveal their first hybrid motorcycle soon. 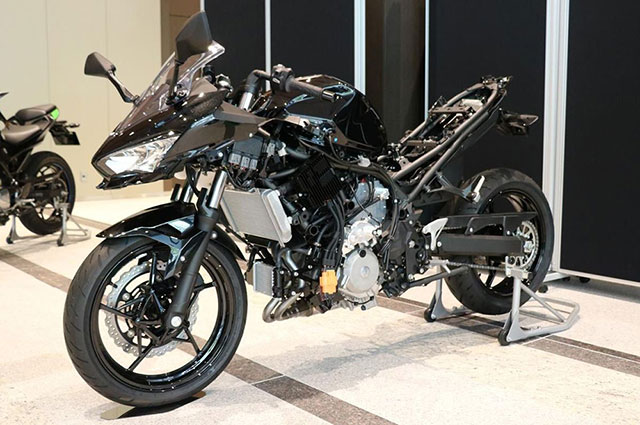 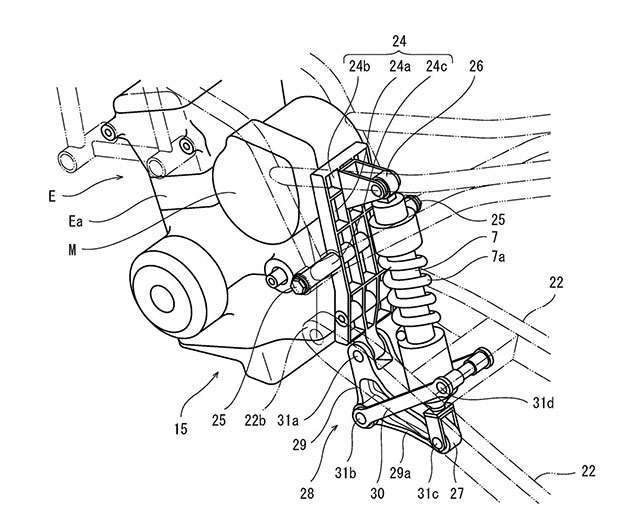 According to the latest patent, a hybrid engine can be used in several existing Kawasaki models, which makes more sense than developing ten completely new motorcycles from scratch. Introducing hybrid versions of existing models is a common practice among car companies. This seems relevant if Kawasaki follows the same route. 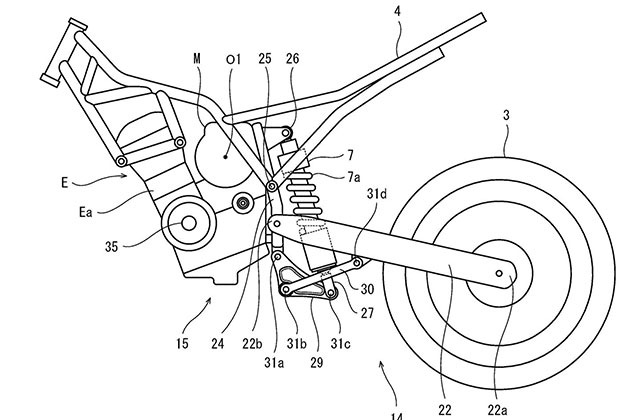 The newly issued patent suggests that the first hybrid model could be based on Kawasaki’s Ninja 400/Z400 range, as it uses the same parallel-twin engine borrowed from the brand’s 400cc motorcycles. Also available is a visually identical 250cc version, mounted in a steel frame, while the 48-volt lithium-ion battery is just as small as a conventional car battery and mounted under the seat. However, the battery will stay cool thanks to an air-cooled system to ensure lower costs and easier construction than liquid-cooled designs that require more space and complexity. 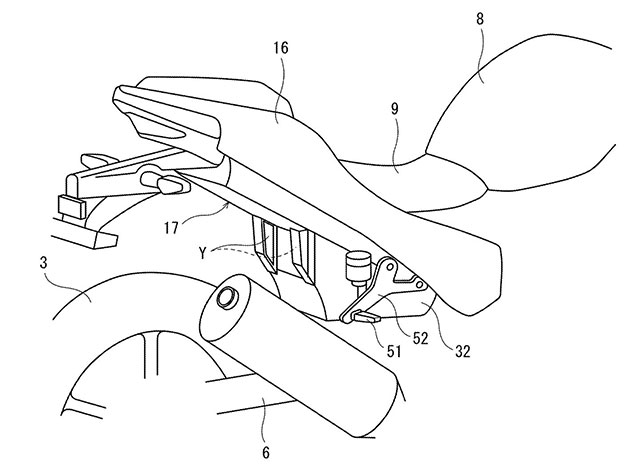 Meanwhile, the patent also reveals that the electric motor is placed above the six-speed transmission. The gearbox will allow this motorcycle to operate as a conventional combustion engine motorcycle and a clutch to activate or disengage the motor. The bike will also feature a bar-mounted switch for changing gears, perhaps similar to the DCT manual mode on the Honda Africa Twin.

Another patent also shows that Kawasaki has strengthened the electric motor, allowing it to be used as a rear shock mount, thanks to the cast alloy plates connecting the frame. And finally, the intricate details of this new patent show that Kawasaki is one step ahead of other manufacturers in developing a production-ready hybrid motorcycle by 2025. Given these developments, 2025 could be an exciting year for the world’s 2-wheeler industry.